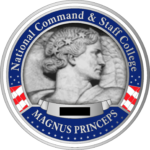 In the first two Areas of the course, we focused on theories and approaches that help us understand and influence both individual and group performance and motivation. We now turn our attention to the central component of the Model of Organizational Leadership:  The Leadership Subsystem.  In this area we will examine several of many leadership practices that help explain the process of leadership.

Leadership Theories Covered in the Area

A leader’s personality is the unseen, underlying structures and processes “inside” the leader that explains why he or she behaves in a characteristic manner.  The purpose of this lesson is not to assert that your personality causes you to consistently act in certain ways; rather, it is to develop an appreciation of how certain things about you will interact with various situational factors to influence behavior.  Furthermore, an understanding of your own personality tendencies will enable you to increase your self-awareness as a leader and hopefully make you more smart, thoughtful, and reflective. An interesting consideration for assessing personality and leadership effectiveness is from what perspective they are measured.  Research suggests that our self-ratings of leadership effectiveness tell us little about reality.  Research further suggests that “bosses” measure leader effectiveness primarily based on their judgment of the leader’s technical competencies (e.g., ability to effectively solve problems.)  On the other hand, the subordinate’s perspective of their leader’s effectiveness is based on their judgment of the leader’s integrity (i.e., credibility or trustworthiness.)  Strangely, the bosses’ perception and the followers’ perceptions of the leader’s effectiveness, although using different criteria, are correlated. Just as there are many perspectives to consider when measuring effectiveness, there are several ways to assess personality tendencies.  One way is to infer them from observing consistent patterns of behavior.  We would typically describe a leader who worked twelve hours a day, ran 30 miles a week, and still had the nicest lawn in the housing area on post as a “high energy” leader.  Energy level is a personality variable related to leadership. This does not mean that all great leaders have a high energy level; rather, it means that a relationship has been found between high energy levels and effective leadership. Another way to determine if a leader has a high energy level is to give them an objective personality test. This test would consist of a standard set of items such as statements or questions.  Leaders are asked to indicate the extent to which certain adjectives, questions, or statements are descriptive of them.  The questionnaires you completed prior to class are examples of objective personality tests.  These questionnaires contained personality test measures for three personality tendencies related to leadership.  An understanding of these three personality variables; where your responses indicate you lie on the continuum of each variable will hopefully increase your self-awareness as a leader. The three personality variables that will be analyzed and discussed in class are:  Locus of Control, Self-monitoring, and Motivational Hierarchy, also known as the “least preferred coworker” index.  Each of these will be discussed below.  Your score on each variable will be provided in class. Locus of Control: The locus of control of leaders determines the degree to which they believe that their behaviors influence what happens to them.  Some people believe that they are autonomous – that they are masters of their own fate and bear personal responsibility for what happens to them.  They see the control of their lives as coming from inside themselves.  These people are typically described as having an internal locus of control.  Other people believe that they are helpless pawns of fate, controlled by outside forces over which they have little, if any influence, such as luck or fate.  These people have an external locus of control. Self-Monitoring :Self-monitoring is a personality variable describing the extent to which individuals monitor and control presentations of themselves in social situations.  It involves concern with social appropriateness, attention to social-comparison information, the ability to control and modify self-presentation, and the flexible use of this ability in particular situations.  Low self-monitors act in a manner consistent with their internal traits.

Motivational Hierarchy (Least Preferred Co-Worker Index): Motivational hierarchy is the relative extent to which a leader is motivated by a need to maintain good relations with and between their subordinates and the need to focus on how the task is accomplished.  This hierarchy is measured by the Least Preferred Co-Worker index (LPC).  The scale asks you to consider the one individual with whom you have worked least well.  Note that this may or may not be a person you disliked, only that it is someone with whom you did not work well.  Although the LPC scale asks you to think about another person, it measures yourpersonality based on how you reacted to being unable to do the job well.  Leaders with a low LPC score are considered task-motivated.  In other words, this leader’s primary motivation is to focus on the task by providing structure, setting goals, monitoring standards, etc. to get the job done right.  Leaders with a high LPC score are considered relationship-motivated.  These leaders are primarily motivated by the need to maintain good relationships with and between their co-workers as a means of getting the job done.  Leaders with a mid-range LPC score are defined as socio-independent.  These leaders balance the needs of the task and relationships.

Remember that LPC measures a motivational hierarchy.  All of us may act in ways that are either relationship- or task-motivated depending on the situation.  How we are motivated to behave is determined by an aspect of our personality measured by LPC.  In situations where we have a low degree of control over the situation, we tend to behave according to our primary motivation.  For example, when a leader has low situational control (i.e., poor relations with his subordinates, has little legitimate power and the task is unstructured), a low LPC leader would tend to focus his/her efforts on the methods of accomplishing the task.  A high LPC leader, on the other hand would tend to focus on interpersonal relations within the work group.

The Leader as Transformer in the VUCA World

Thus far, we have discussed several theories of leadership that are transactional in nature; that is, they are characterized by a reciprocal relationship in which the leader and the followers exchange effort, status, training, pay, support, recognition, etc.  Recently, leadership theorists and researchers have devoted increased attention to transformational leadership, a more complex and possibly more potent type of leadership that causes leaders and followers to commit themselves to excellence in Volatile, Uncertain, Complex and Ambiguous (VUCA) environments.

The transactional leader is responsive to followers’ immediate self-interests if they can be met by getting the work done.  For example, path-goal theory asserts that subordinates’ work motivation depends on their expectancy that their effort will result in their better performance which in turn will result in desired outcomes for them.  Pay, status, promotion, and similar kinds of rewards are exchanged for work effort.  The values involved with transactional leadership are those related to the exchange process such as honesty, equity, and reciprocity. The transformational leader, on the other hand, elicits more than mere compliance from subordinates.  This conception of leadership envisions that it is followers who are transformed.  The measures of effectiveness for the transformational leader are followers who feel trust, admiration, loyalty, and respect for the leader and commitment to new values.  They are motivated to do more than they expected.   Transformational leaders go beyond basic emotions such as fear, jealousy, or greed to appeal to ideals and moral values such as justice, liberty, patriotism, and equality.  Transformation occurs as leaders empower followers and raise their levels of awareness and motivate them to willingly forsake self-interests for the advancement of organizational goals.

The transformational leader gets subordinates to transcend their own self-interest for the sake of the leader, team, unit, or organization.  Subordinate performance with a transformational leader stems from the internalization of values rather than the appeal of rewards or punishments.  We see in a transformational leader more than the desire for superficial change in attitudes or for minor increments in the level of motivation that can be accomplished by transactional leadership. Transformational leadership has three elements. Charismatic-Inspirational Leadership (CI), individualized consideration, intellectual stimulation. Charismatic-inspirational leadership is the emotional component.  It encompasses the faith and respect afforded the leader by followers and the inspiration and pride experienced by subordinates.  Charisma also includes the sense that the leader is capable of seeing what is currently important as well as having the vision necessary to anticipate the future.  These perceptions or attributions made by followers about the leader may stem from their implicit theories of leaders (prior expectations of what a “leader” is).  Followers may bestow extraordinary capabilities to a leader based on the matching of observed behavior with their “leader schema.”  Leaders who give meaning and challenge to work, are willing to take risk, and get followers involved in imagining an attractive future are more likely to inspire enthusiasm, optimism, and motivation, and arouse the admiration, respect, and trust of followers.

Bass and colleagues’ theory of transformational leadership evolved from a model of charismatic leadership developed by House (1977).  Bass concludes that charisma is an essential element to transformational leadership, but alone is not sufficient for the transformation.  As an element of transformational leadership, it is important to understand some of the current developments of the theory of charismatic leadership.  Gardner and Avolio (1998) suggest that charisma resides in the relationship between a follower and a leader much like the relationship that exists between an actor and his audience. Specifically, they suggest that the amount of charisma attributed to a leader increases as their vision becomes more utopian (yet believable), building a future state that is irresistible to followers.  This dramaturgical perspective suggests that followers attribute certain qualities (e.g., charisma, dedication, reverence) to a leader based on his or her “performance”.  This performance for the leader is facilitated by their skill of impression management or self-monitoring (remember our lesson on personality?).  Impression management transpires as charismatic leaders regulate information about themselves, their vision, and organization for selected audiences. The second ingredient of transformational leadership is individualized consideration (IC). Typically, leaders displaying individualized consideration of followers delegate meaningful projects, interact with followers on a personalized basis and devote special attention to neglected subordinates.  Individualized consideration reflects the concerns of the leader for the development of followers.  Leaders provide opportunities for development with a challenging yet supportive atmosphere.  Leaders displaying IC also understand the IPS (Area I) and the notion that individuals have different needs.  They display acceptance of individual differences by choosing from a repertoire of behaviors that are the most appropriate for the capabilities and needs of individual subordinates.

Least Preferred Co-Worker Index:  Complete Self-Assessment in your Manual – Pages 242-243 – Make copies of your self-assessment and place in your binder.

Leader-Member Relations Scale (LM):  Complete Self-Assessment in your Manual – Pages 245 – Make copies of your self-assessment and place in your binder.

Task Structure Rating Scale (TS):  Complete Self-Assessment in your Manual – Pages 246 – Make copies of your self-assessment and place in your binder.

Task Structure Adjustment Scale (TA):  Complete Self-Assessment in your Manual – Pages 247 – Make copies of your self-assessment and place in your binder.

Position Power Rating Scale (PP):  Complete Self-Assessment in your Manual – Pages 248 – Make copies of your self-assessment and place in your binder.

Situational Favorableness Scale:  Complete Self-Assessment in your Manual – Pages 249 – Make copies of your self-assessment and place in your binder.

Login
Accessing this course requires a login. Please enter your credentials below!
Lost Your Password?